Did you know that we have twelve cocktails on our Budapest taproom menu?

That’s right, here are they are:

And there’s a good reason why (beyond the fact that we love them) — cocktails are the perfect complement to our wide range of beers!

But before you try them one by one to find your favorite pre or after-beer drink, you should brush up on your cocktail-related knowledge by reading through this blog post. You’re sure to impress all your mates with the things you’re about to learn:

The Origin of the Word “Cocktail”

The first mention of the word “cocktail” dates all the way back to 1798, when it was written in the London-based Morning Post and Gazetteer. But it was left undefined until May 13th, 1806, when the editor of The Balance and Columbian Repository replied to a letter from a confused reader. These are his exact words:

Cock-tail, then, is a stimulating liquor, composed of spirits of any kind, sugar, water, and bitters—it is vulgarly called bittered sling, and is supposed to be an excellent electioneering potion, inasmuch as it renders the heart stout and bold, at the same time that it fuddles the head. It is said also, to be of great use to a democratic candidate: because, a person having swallowed a glass of it, is ready to swallow any thing else. — Harry Croswell

But where does this slightly dirty-sounding word originate from?

The truth is that nobody knows for sure. All we have is theories, some more probable and some more outlandish… 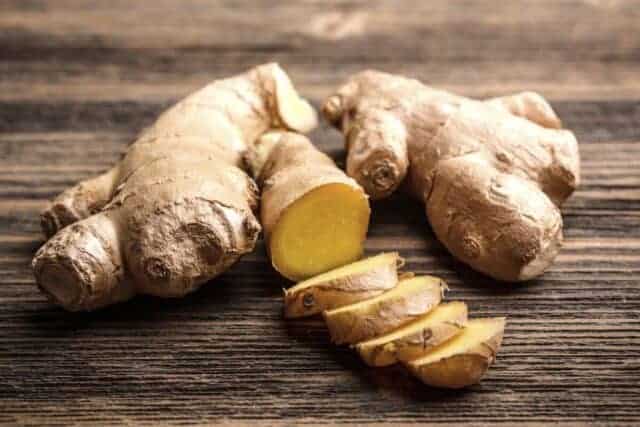 And, yes, ginger has something to do with it. But in which theory?

Let’s find out and rank eight of them in order of credibility, from the most feasible to the most likely to be a drunken invention:

1. According to spirits historian (and yes, that’s a real job, jealous much?) David Wondrich, the word “cock-tail” was a slang term for an alcoholic drink supplemented with ginger in the late 1700s and early 1800s. And it owes its name to the strange (to say the least) practice of putting a ginger suppository up a horse’s rear end before trying to sell the animal. Traders would do this to ‘liven up’ an old horse and get it to raise (or cock) its tail, as this was seen as a sign of a spirited, healthy animal.

Alcoholic ginger drinks had the same ‘lively’ effect on people, and so the name stuck. But luckily for us, a hangover is the worst thing a cocktail can do to humans!

2. Colonial-era tavern-keepers would mix the last drops of booze (known as tailings) from all of their nearly-empty casks into a single barrel and sell it off cheaply by pouring it straight from the barrel’s spigot (colloquially called a cock). Patrons called this often unsightly mix “cock tailings,” a name that might have given origin to the modern word.

3. The term “cock-tail” referred to a mixed breed horse with a docked tail that sticks up — like a cock’s tail. This ‘mixed’ meaning then spread to alcoholic drinks that weren’t made from pure spirit.

4. It simply refers to the restorative power of bitters, spices, and sugars that can “cock your tail” or, in other words, perk you up like a rooster. This is backed up by cocktails beginning their life as morning (rather than evening) drinks.

5. The word comes from New Orleans, where famous apothecary Antoine-Amedée Peychaud served mixed Cognac drinks in eggcups, known in French as “coquetier.” This term quickly caught on as the drink’s name, and the original French word was first anglicized to “cocktay” and finally to “cocktail.”

6. Cock-ale was a spiced old English ale brewed with a parboiled, skinned, and gutted cock mixed in. Definitely not vegan-friendly. This term then spread to other mixed drinks that featured neither beer nor a cock and morphed slightly into “cocktail.”

7. The word was invented by English sailors that, while in Mexico, noticed that drinks were mixed with a root called “cola de gallo” in Spanish, a.k.a. “cock’s tail” in English. They then brought the name to England, from where it spread quickly to the USA and the rest of the world.

8. It derives from an Aztec princess named Xochitl, which prepared a mixed alcoholic drink for a European guest. Her name was corrupted and transformed into “cocktail.”

Which one do you believe?

Just pick your favorite because no one can prove you wrong (for now), even though the first option (the horse’s ass one, in case you forgot 😃) is the one with the most evidence behind it. 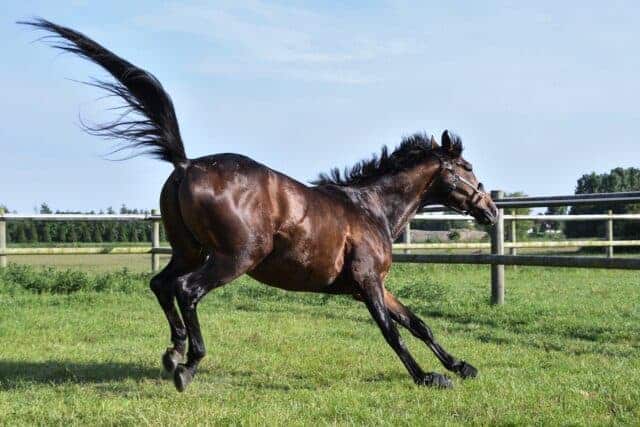 Alright, so now that you know where the word “cocktail” comes from, it’s time to take you through its nearly 225-year history.

A Brief History of the Cocktail

What you already know:

1500s (and earlier) — Indians prepared and drank punches (large bowls of spirits mixed with juice, spices, and flavors), a precursor to the modern cocktail.

1700s — This tradition spread to Britain and the rest of the British colonies, where punch houses started popping up.

1838 — The first cocktail with a recorded name, the Sazerac, was invented in New Orleans by the same Antoine-Amedée Peychaud mentioned above. This drink is now the official cocktail of the city.

1862 — The first bartender guide was published and created much stir.

1860s onwards — A standardized set of cocktails spread across bars and pubs in the USA and Europe.

1919 – 1933 — Prohibition in the USA provided a launching ramp for cocktails, and they became insanely popular in illegal bars known as “speakeasies.” Why? Because mixed drinks were a fantastic way to hide a drink’s alcohol content and mask low-quality, quickly distilled liquors (mainly gin and vodka as these didn’t require extensive aging).

1940s and 1950s — Tiki culture took over the bar scene, and rum-based cocktails gained in popularity.

1960s to 1980s — Interest in cocktails dwindled as low-quality, mass-produced bottled cocktails flooded the market. Other types of alcohol or drugs gradually replaced their consumption.

1990s to today — Cocktails made a surprising comeback thanks to the work of an ambitious group of barmen (mainly in New York), and we’re now in full swing of a “mixology renaissance.”

Well, wait until you read these fun facts:

1. The first mention of a cocktail-like drink dates back to Ancient Rome when Emperor Nero’s physician mentioned a medicine made from wine, alcohol, and bitters back in 77 A.D.

2. Despite what the world’s coolest secret agent says, many bartenders are of the idea that a Martini should be stirred and not shaken because it’s a booze-forward drink that deserves perfect clarity and a silky mouth-feel.

3. The father of Mixology is Jerry Thomas (1830-1885), the man who wrote the first book about the subject, “How to Mix Drinks, or the Bon Vivant’s Companion.” This book is still sold nowadays and is widely used by bartenders as a classic go-to guide for recipes and techniques.

4. The Margarita is the most popular cocktail in the USA, where a ridiculous 185,000 Margaritas are drunk every single hour. That’s over 4 million per day!

5. There’s actually an “official list” of cocktails. It’s curated by the International Bartenders Association (IBA), and its made up of 77 cocktails broken down into three categories: Unforgettables (like the Old Fashioned and the Negroni), Contemporary Classics (like the Bellini and the Cosmopolitan), and New Era Drinks (like the Dark ‘N’ Stormy and the Spritz Veneziano).

6. The world’s most expensive cocktail is the Diamond Is Forever, and it costs a mind-boggling US$22,600 in Tokyo, Japan! You’re definitely better off dropping by our taproom 😜

7. Absinthe is by far the most banned spirit in the history of alcohol because it was seen to be a dangerous, hallucinogenic drink. However (luckily), this was just a myth, and absinthe has been re-legalized over the last couple of decades.

8. Modern cocktails have a far simpler definition than the original 1806 definition we shared above — it’s simply a beverage made from two or more ingredients, including at least one that contains alcohol.

Now let’s get to the serious stuff (that you can actually drink right now): 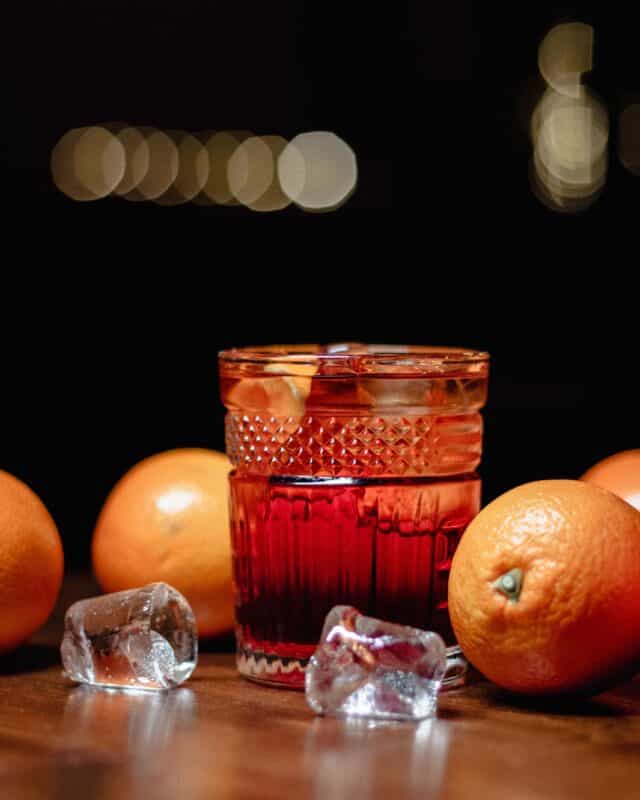 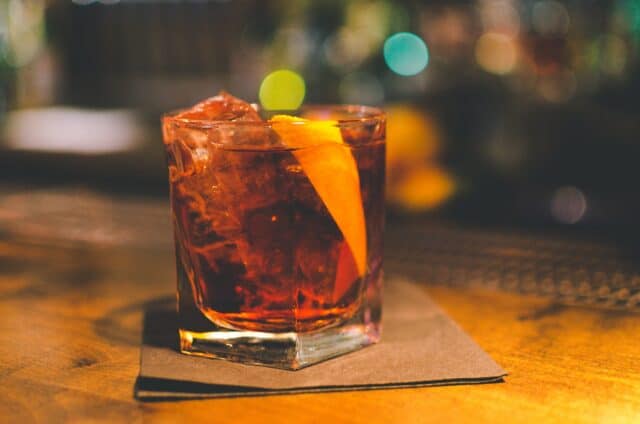 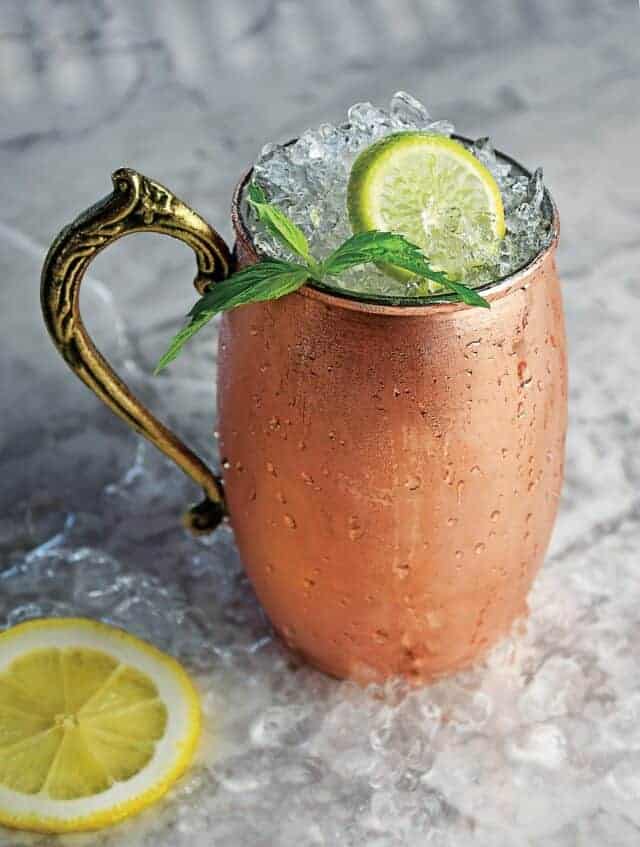 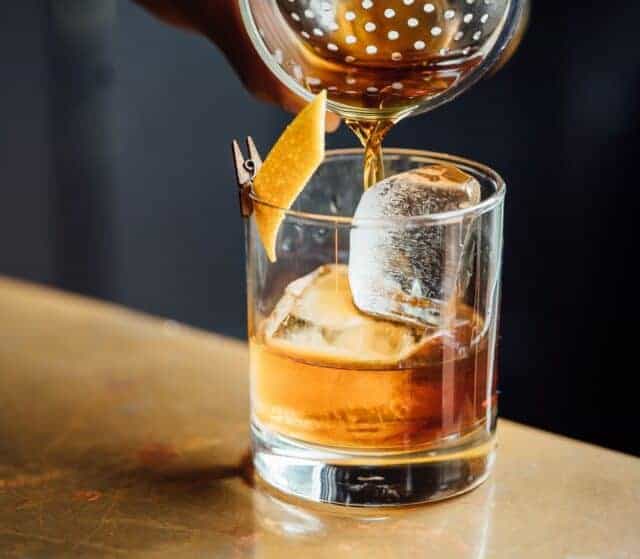 Well, that’s everything for today, there are just two things left for you to do:

Thanks for reading, and see you soon! 🍸🍹 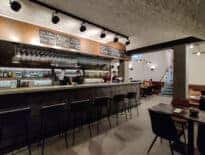