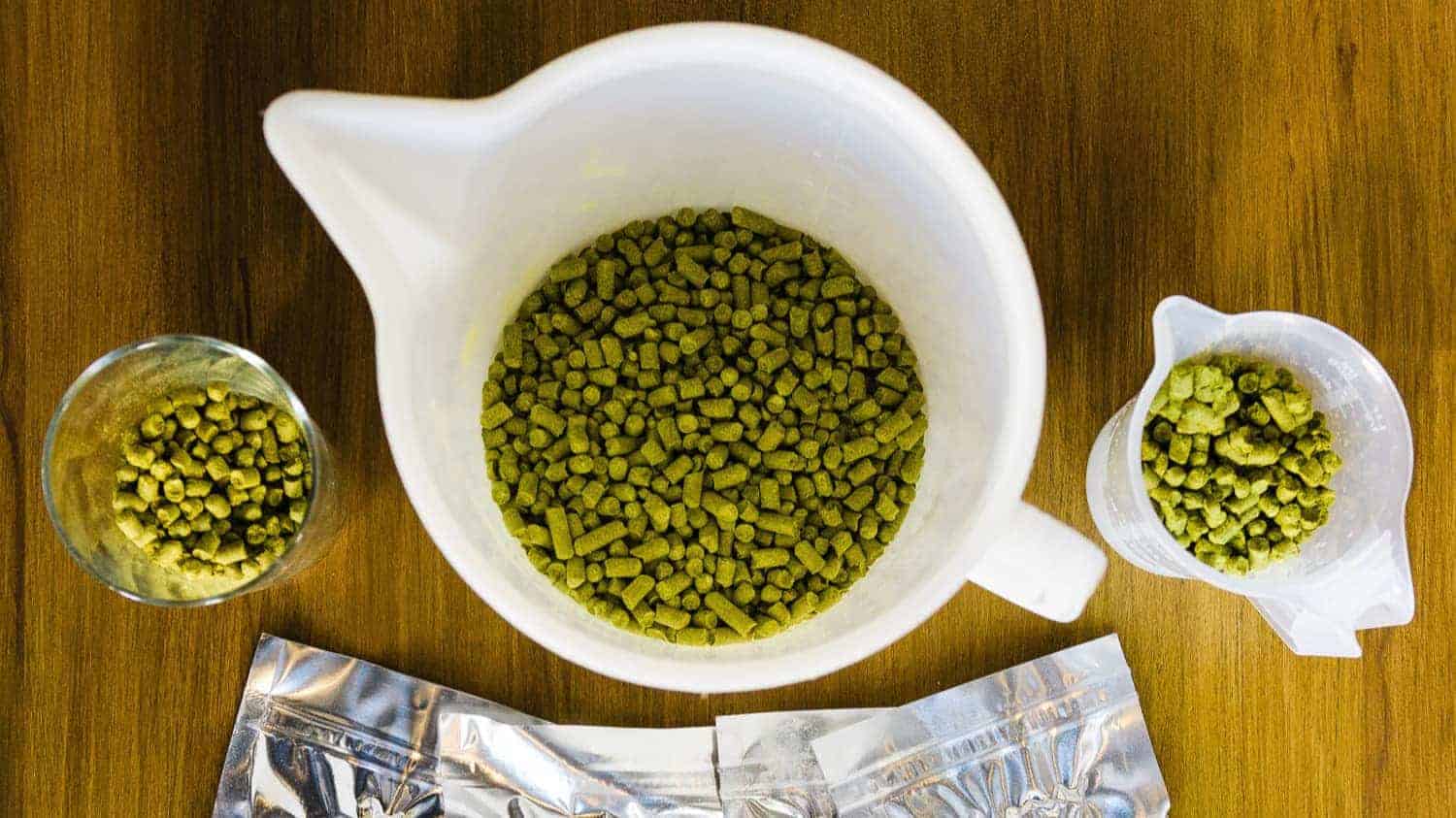 And now for a word on everyone’s favourite weed. No, not that one.

To be fair, hops aren’t truly a weed, though local varieties do grow wild throughout the world. The hop vine tends to prefer a temperate maritime climate, with mild seasonal variation and plenty of moisture. In exchange for careful tending, it produces tightly-packed cones similar in appearance to young pine cones. Unlike those of their larger conifer cousins, though, the cones stay green and soft until the yearly harvest, when they’re picked from the vines for use in brewing.

Hops have only recently become the flavouring staple we’re used to in this age of craft obsession; they were originally employed (and remain useful) as a natural sanitising agent due to their high concentrations of “alpha” acids. These stabilise beer throughout its fermentation and maturation by killing off a vast host of potential bacterial and viral contaminants.

When alpha acids are heated above 70C, they gradually isomerise into iso-alpha acids, which provide the familiar bitter flavour behind traditional IPAs and English Bitters, and help to balance out the natural sweetness of the malt. We estimate the concentration of these iso-alpha acids, and thereby the expected bitterness of a beer, using a unit called the International Bittering Unit, or IBU. You’ll see IBU numbers listed on every one of our beers if you check out the signs hanging in our cold side.

A Double IPA like our “Prometheus” Campari IPA will have an IBU rating around 75, while our Imperial IPA prototypes hover around the 100 IBU mark. These are clear beers with solid bitter backbones that dry the palate into a crisp finish. At the other end of the scale, our sour beers generally have IBU ratings below 10, as higher amounts would traditionally kill the bacteria employed in the souring process.

The other contribution we derive from hops has nothing to do with sanitation and everything to do with aroma. Packed into each hop cone are thousands of tiny lupulin glands, which contain dozens of highly volatile aromatic compounds ranging from citrus to passionfruit to winter spice. When you taste a great New England IPA (try the LD50 from Balkezes, or Brew Your Mind’s Peach Please), most of what you’re sensing isn’t iso-alpha bitterness, but these potent aromatics, carefully preserved and amplified through every stage of the brewing process. This is much of what makes NEIPAs difficult to brew and pricier than their West Coast cousins: very demanding process requirements and hops dosage rates as high as 25g per liter of beer.

So the next time a barman asks whether you like “hoppy” beers, ask him what he means: bitter or soft, fruity or earthy, hazy or clean.

In two weeks, we’ll be wrapping up our brew day introduction with the final hot side stage: the boil! Come back to find out how we control the hops profile of our beers, along with a few other tricks for refining our wort’s initial flavour. 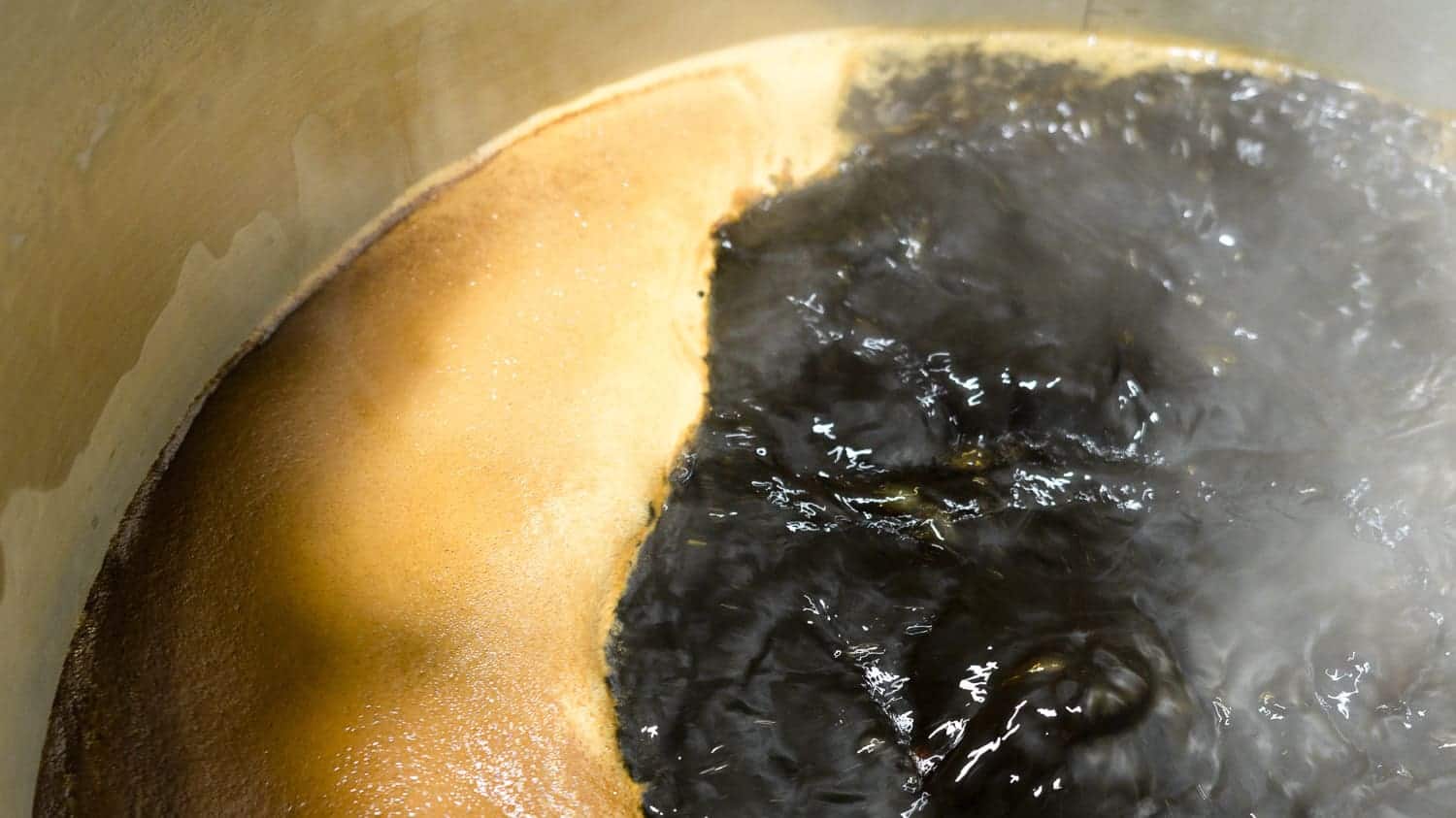